Movements of Wolves at the Northern Extreme of the Species’ Range, Including During Four Months of Darkness

Information is lacking about wolf movements anywhere near the northern extreme of the species’ range in the High Arctic (> 75º N latitude).  In this area, wolves prey primarily on muskoxen and must survive 4 months of 24 hour/day winter darkness and temperatures reaching -53 ºC.  The extent to which wolves remain active and prey on muskoxen during the dark period is unknown. The closest area with information about winter wolf movements is > 2,250 km south.  As part of a broad USGS study of wolves (on the Endangered Species List in the 48 conterminous States), a pack of 20+ wolves on Ellesmere Island, Nunavut, Canada (80º N latitude), was monitored from July 2009 through mid-April 2010 by collaring the lead wolf with a Global Positioning System (GPS)/Argos radio collar.  The collar recorded the wolf’s precise daily locations at 6:00 a.m. and 6:00 p.m. and transmitted the locations by satellite to USGS email addresses.  Straight-line distances between consecutive 12-hour locations varied between 0 and 76 km with a mean distance of 11 km.  Total minimum distance traveled was 5,979 km, and the total area covered was 6,640-km², the largest wolf range reported.  The lead wolf and presumably his pack once made a 263-km (straight-line distance) foray during the period from January 19-28, 2010, returning over the next 3 days at an average rate of 41 km/day.  This study produced the first detailed movement information about any large mammal in the High Arctic. Wolf movements during the 4-month period without direct sunlight showed little change in movements, matching those of the other seasons and generally those of wolves in lower latitudes. 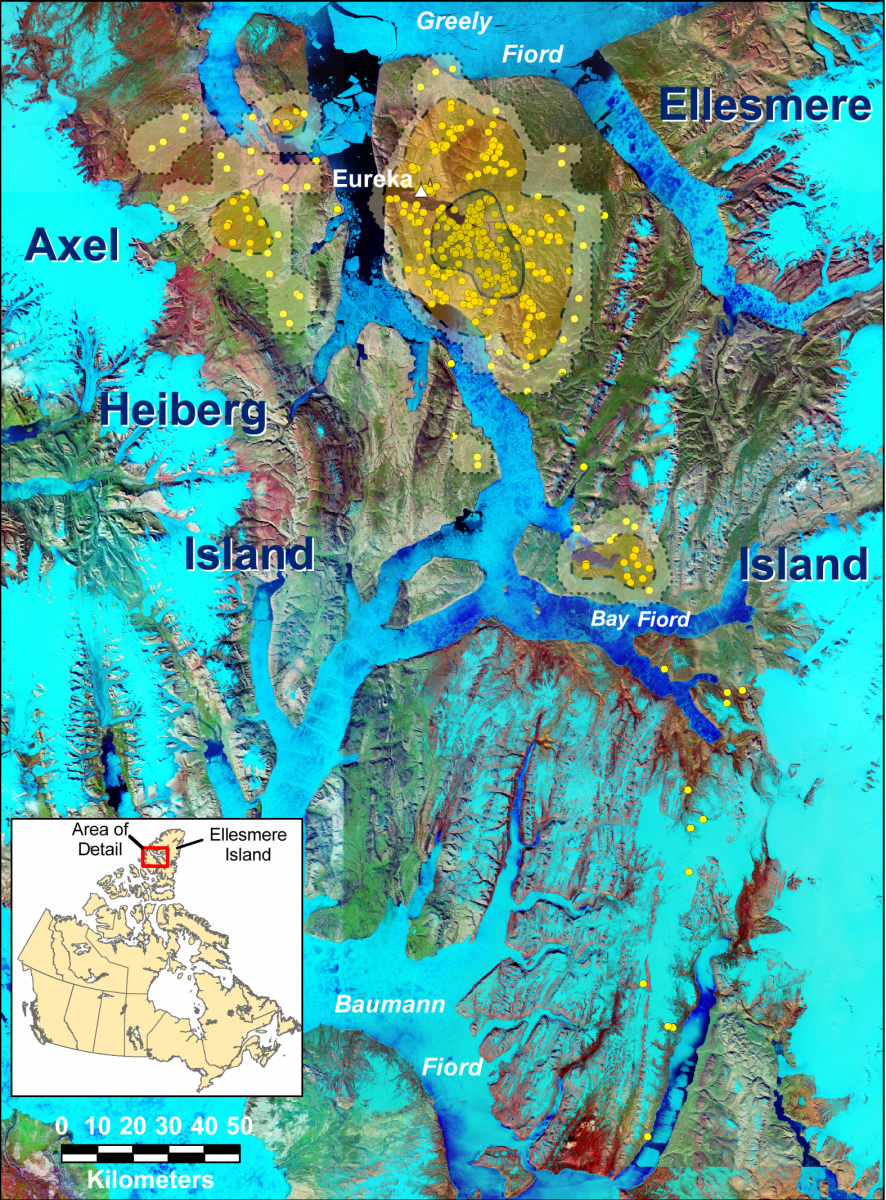 Ellesmere Island, Nunavut, Canada, and vicinity with 554 locations of a wolf pack of about 20 wolves.