Radio telemetry was used to track long-nosed bats (Mexican long-nosed bat and the lesser long-nosed bat) in and between the Animas Mountains and Big Hatchet Mountains in southwestern New Mexico.  Eonfusion 4D visualization software was used to display bat movements through time with Landsat 5 imagery (acquired October 11, 2010) displayed in the background for spatial reference.  The bats are thought to roost in the Big Hatchet Mountains and travel west in the evening to forage in the Animas Mountains.  Eonfusion was used to calculate bat movement speeds.  The assumption was that bats would travel at higher speeds between the mountain ranges where there is no foraging habitat and travel more slowly in the Animas Mountains during foraging.  The conclusion was that radio telemetry, which was used to track these small bats, resulted in too large a spatial and/or temporal error to be able to accurately calculate bat flight speeds, since some speeds were calculated at near the speed of sound. 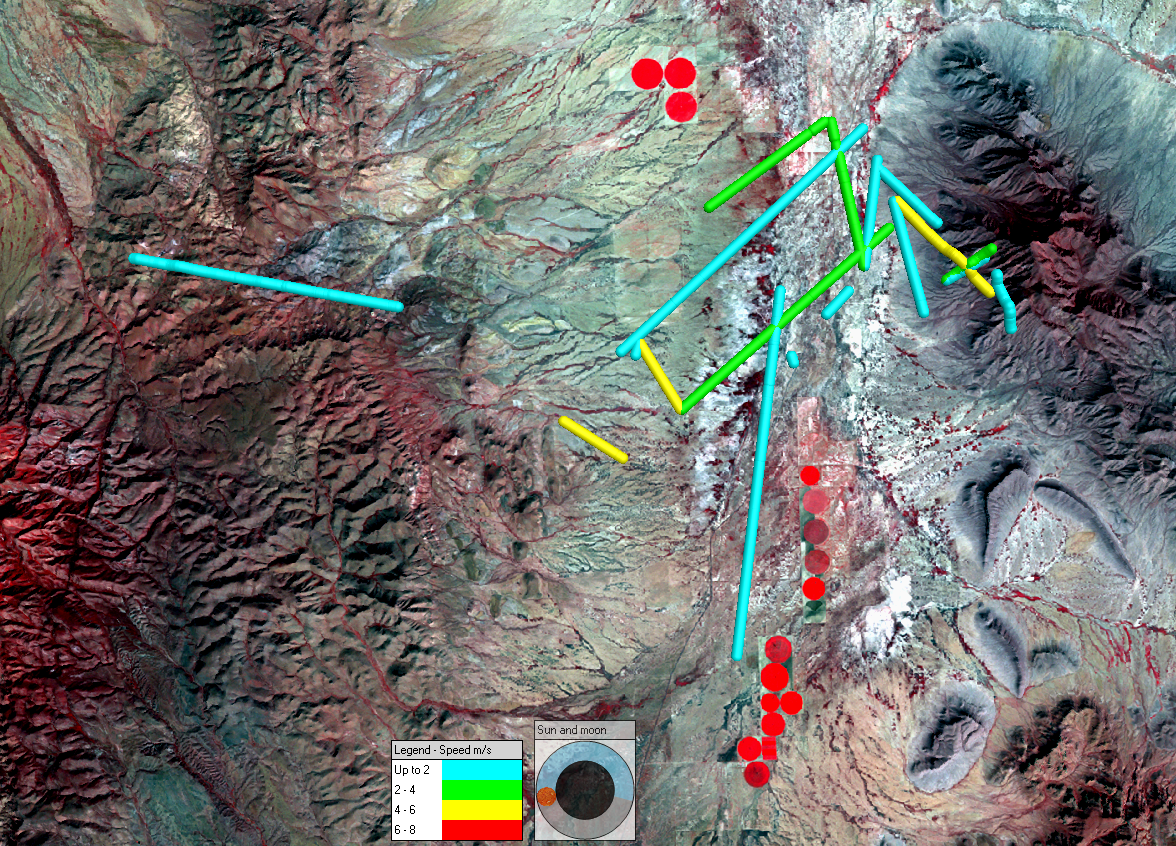