The innermost planet of our solar system is being investigated by the NASA MErcury Surface, Space ENvironment, Geochemistry, and Ranging (MESSENGER) mission.  The Astrogeology Science Center provides the Integrated Software for Imagers and Spectrometers (ISIS) software used to process the data from the Mercury Dual Imaging System (MDIS).  Astrogeology is leading the international effort to combine the laser altimeter data and stereo images to produce the highest quality global topographic map of Mercury.  This is the first time altimetry and stereogrammetry are being combined on a planetary scale. 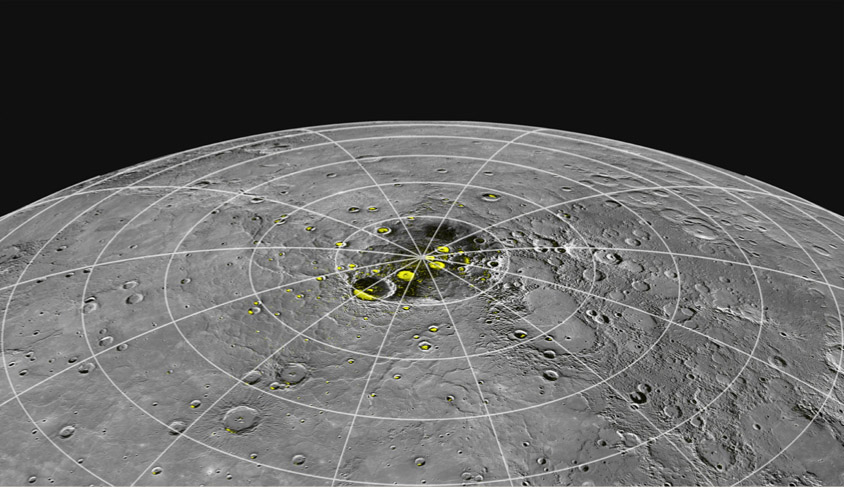 This image, prepared using the ISIS 3 software system developed by the USGS Astrogeology Science Center, illustrates capabilities of the data fusion software.  This image shows radar bright areas near Mercury’s North Pole (yellow) overlain on a mosaic of images from the Mercury Dual Imaging System on the MESSENGER spacecraft. The image was released as part of a NASA press conference on November 29, 2012.