To investigate the effect of motorized use on Gunnison sage-grouse movements, the data from four birds fitted with GPS transmitters were analyzed in conjunction with vehicle counts based on pneumatic vehicle counters.  GeoEye-1 satellite imagery was used as a backdrop in Eonfusion 4D visualization software, which displays Gunnison sage-grouse movement in relation to vehicle traffic through time. 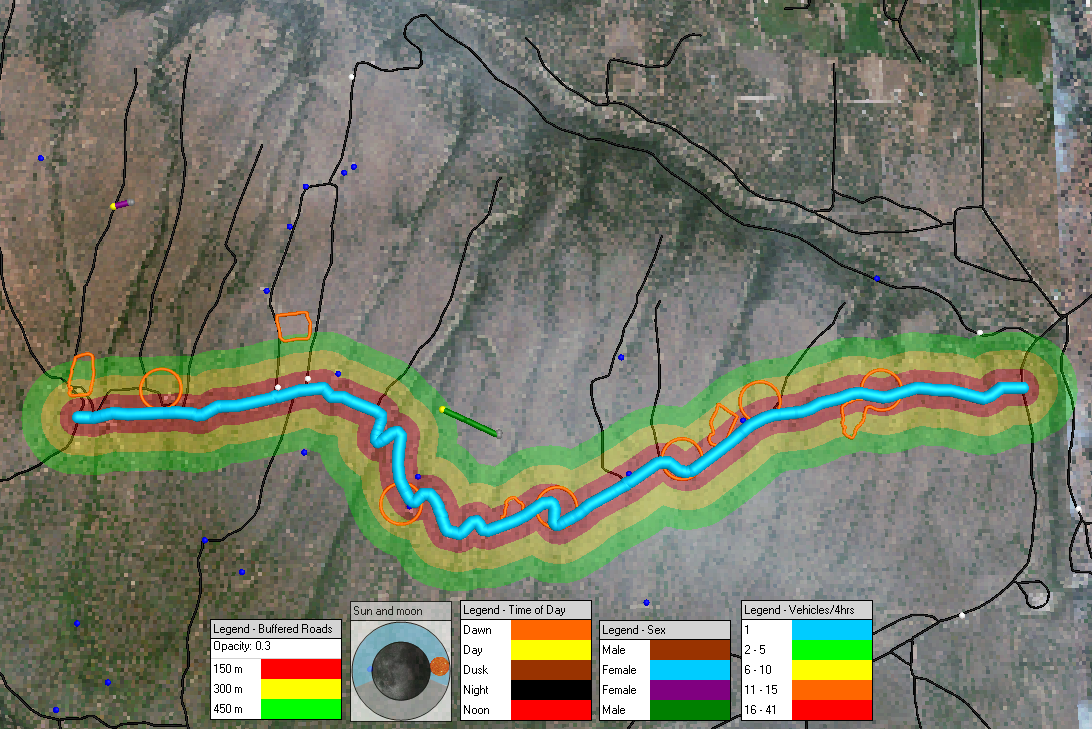