The Landsat Program is a joint effort of the USGS and NASA to gather Earth resource data using a series of land-observing satellites. Whereas NASA’s role is the development and launch of Earth-observing instruments and spacecraft, the USGS is responsible for flight operations, maintenance, and management of all ground data reception, processing, archiving, product generation, and distribution. For 40 years, the primary objective of the Landsat Program has been to record land-surface conditions across the global land surface through the collection of consistently calibrated image data.

In fiscal year 2012, the Landsat operations team at the USGS Earth Resources Observation and Science (EROS) Center ingested over 150,000 new Landsat 5 and 7 images into the Landsat archive, plus more than 600,000 historical Landsat images provided by current or former International Cooperator receiving stations.  During the same period, users downloaded over 3 million Landsat scenes from EROS servers, with each scene covering over 12,000 square miles.  Also, extensive work was completed at EROS by the Landsat 8 ground-system development team in preparation for the February 11, 2013, launch of the satellite.  The on-orbit checkout by NASA and the transfer to USGS was completed on May 30, 2013. 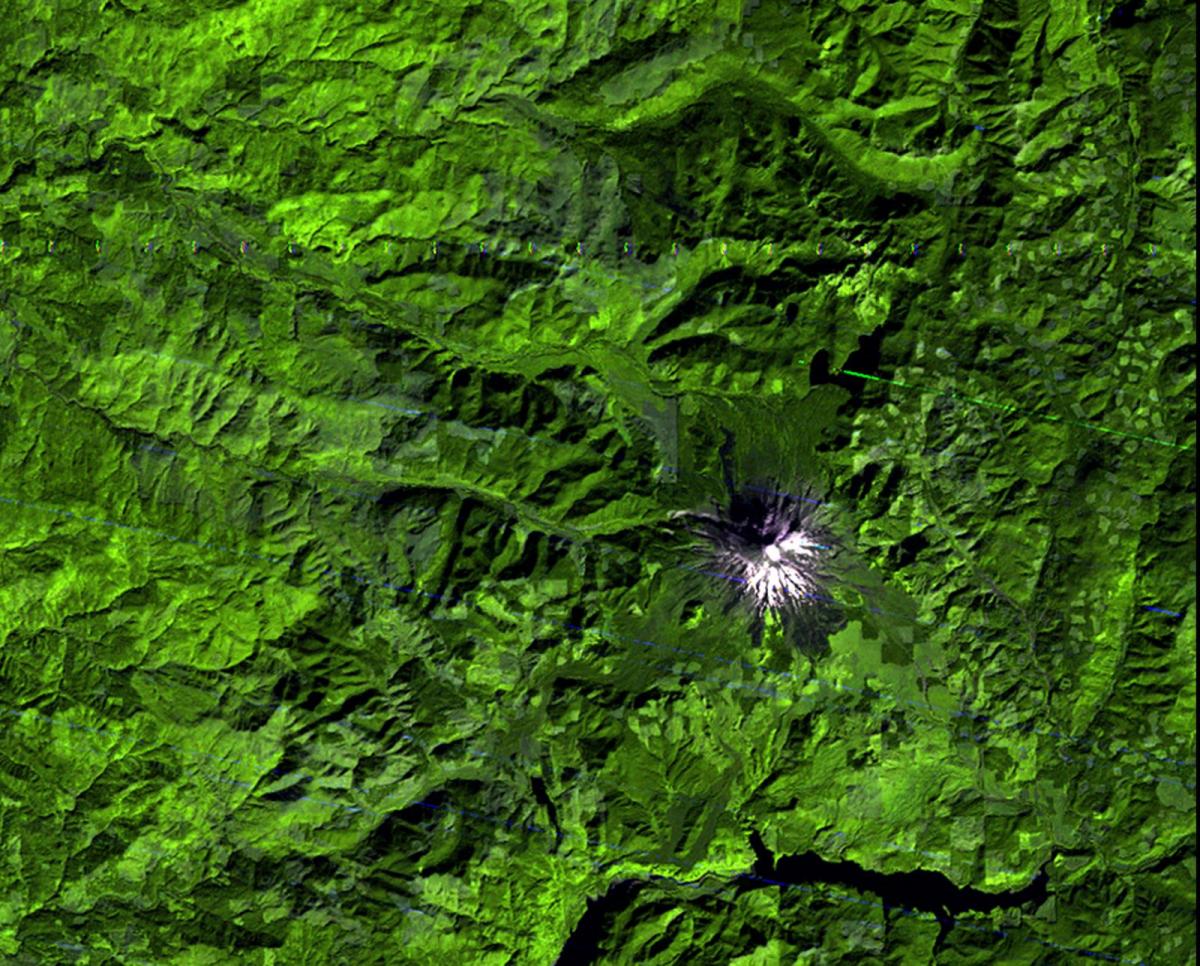 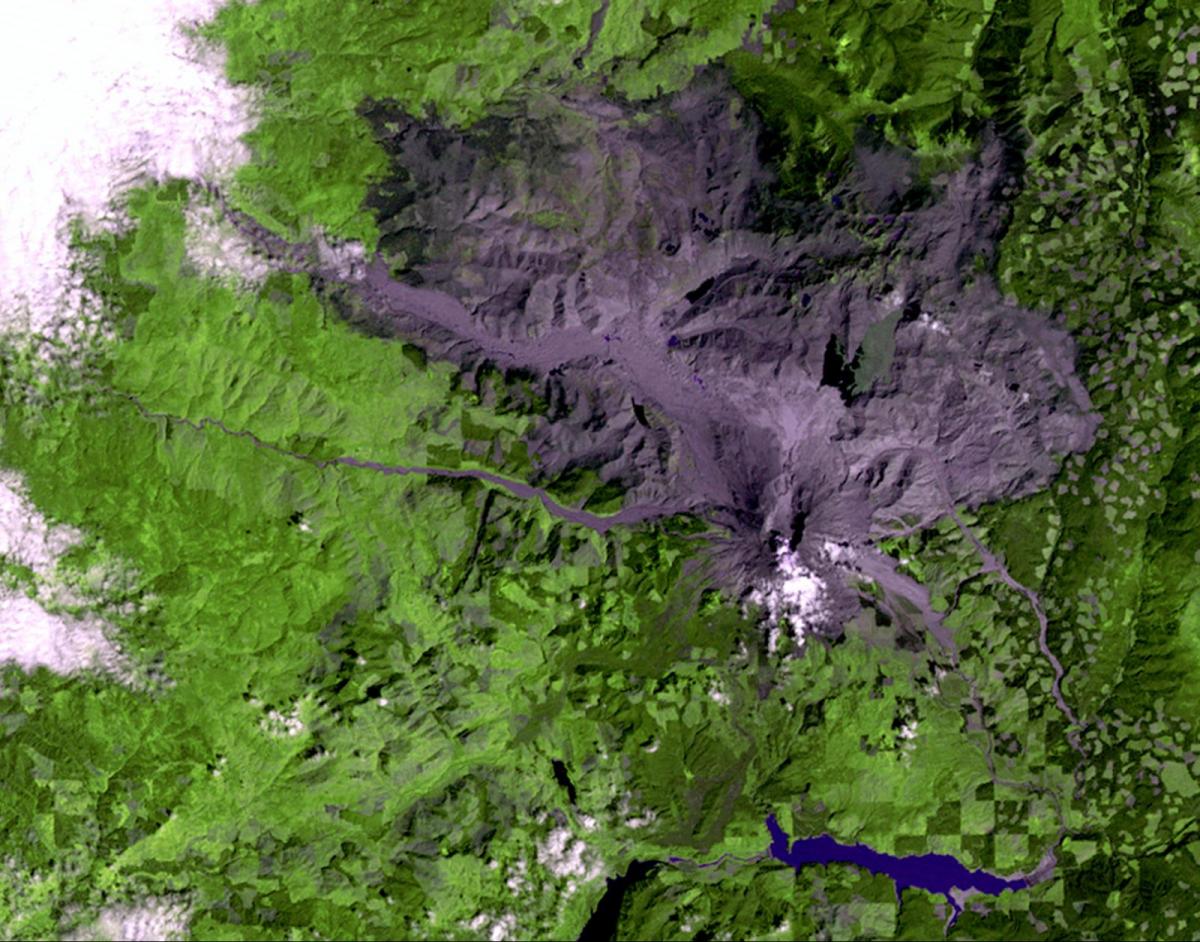 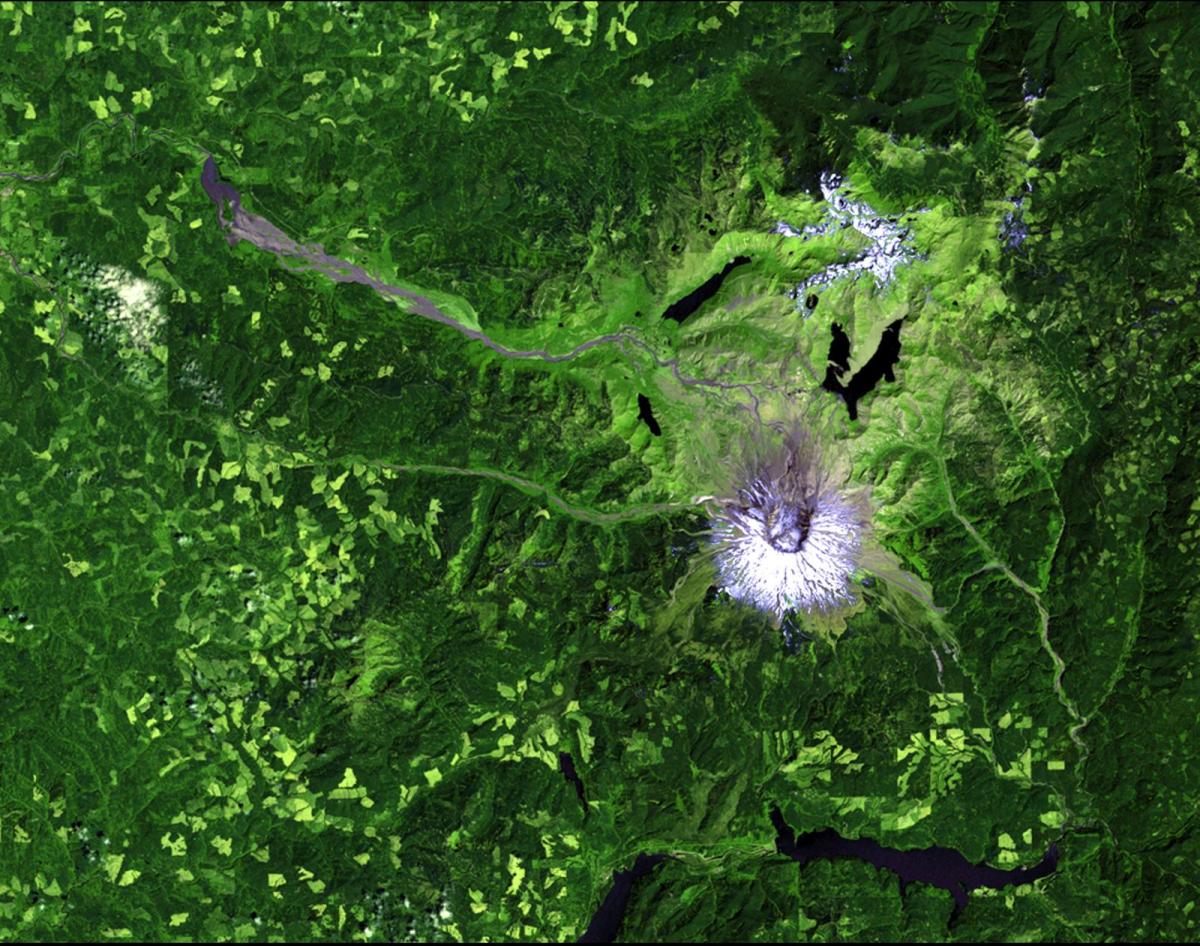 Landsat satellite images of the Mount St. Helens region in southwestern Washington. The images illustrate the conditions before eruption in 1974, shortly after the eruption in 1980, and in 2011 when much of the region had recovered. Forests and grasslands have regrown and the lakes and rivers have been recharged. A small section on the northern slope of the volcano is still dominated by ash, preventing extensive vegetation growth.